PLANET is one of the best alfalfa varieties. It has a good resistance to Verticillium and Fusarium as well as high persistence and stable yields. Another advantage of PLANET is its high green matter and protein yield in all cuts. PLANET can be used for three continuous years and is especially useful on sites susceptible to Verticillium.
Due to the excellent variety performance, PLANET is listed in many Eastern European countries (DE, PL, RU, BY, UA, TR; in trials in SI, KZ). PLANET is in dormancy group 3*.

In March 2014, Planet was awarded a golden medal for being an outstanding product during the 14th Ferma Bydła, the largest and most important trade fair for livestock farming in Poland. The alfalfa PLANET received this great honour for its excellent combination of the most important alfalfa variety characteristics - high dry matter and protein yields, very good over-wintering and health. Due to these characteristics, PLANET is readily and successfully cultivated by a number of agricultural enterprises in Poland.

Classification according to the descriptive variety list - Bundessortenamt (federal plant variety office, Germany) 2020 and our own results.

Classification according to the descriptive variety list - Bundessortenamt (federal plant variety office, Germany) 2020 and our own results. 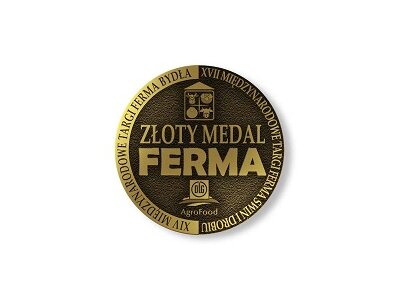 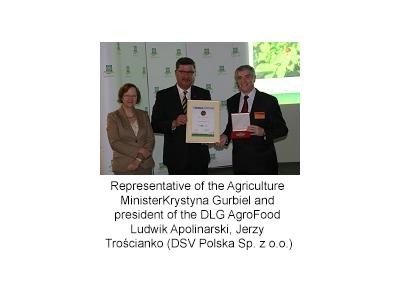 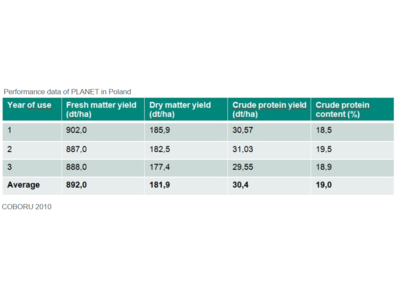 button.carousel.prev button.carousel.next
All specified informations, recommendations and representations mentioned here are made to the best of our knowledge and belief, but without guarantee of completeness or accuracy. We cannot guarantee that the properties described are repeatable. All information is provided as an aid to decision-making. Deutsche Saatveredelung AG excludes adhesion for damage or claims for damages, resulting of the use for the variety specified in this description. Mixture compositions may change if individual varieties are not available. As of 10/2022. Subject to change without notice.